Here I use data from Switzerland (because I had them at hand) to quantify immigrant diversity. In the following I use the Herfindahl index to express diversity (available in my R package polrep), not taking into consideration that some groups should probably be considered more different than others. I approach diversity using nationality, and use the large world regions (continents) the Swiss statistical office provides: Europe, Africa, North America, Latin America, Asia, Australia/Oceania, stateless (or missing).

First, here is the foreign population of Switzerland since 1850 as context. 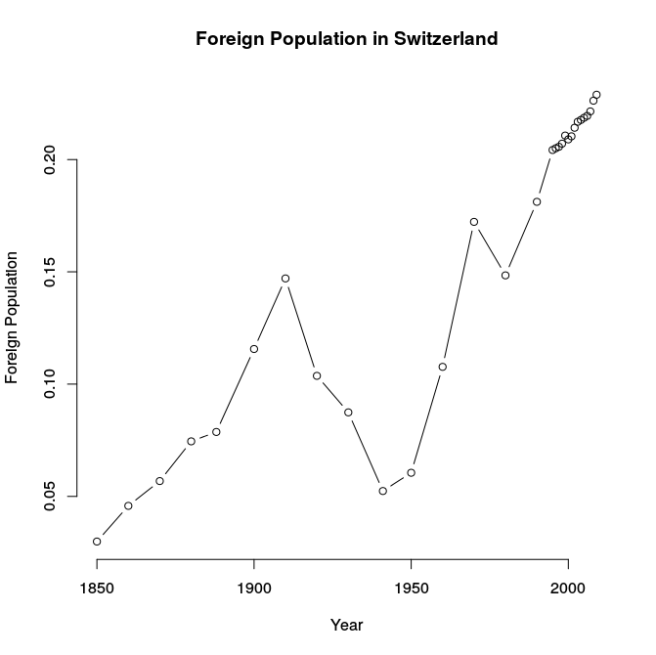 The diversity changed as follows: 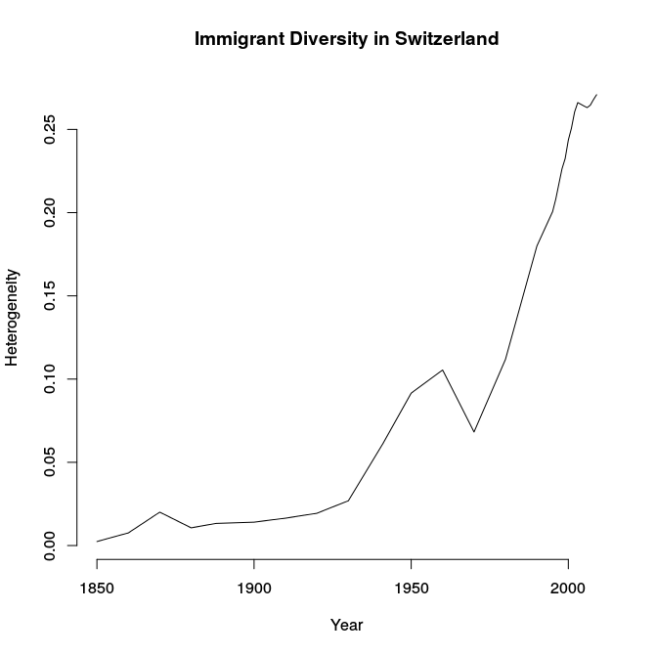 So, yes, the immigrant population has become more diverse. To understand this change, we can look at the different groups of nationalities (continents). Here there are no constraints on the y-axis, allowing us to see relative changes. 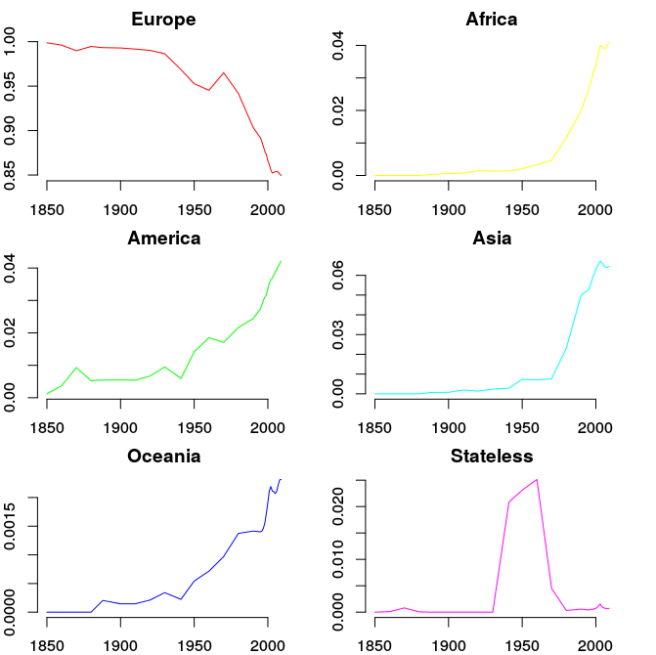 This can be misleading in the sense that small changes can look like radical changes, so the same plot with the y-axis set to 0..1. This way the absolute impact is more visible, such as the continuing dominance of European immigrants. 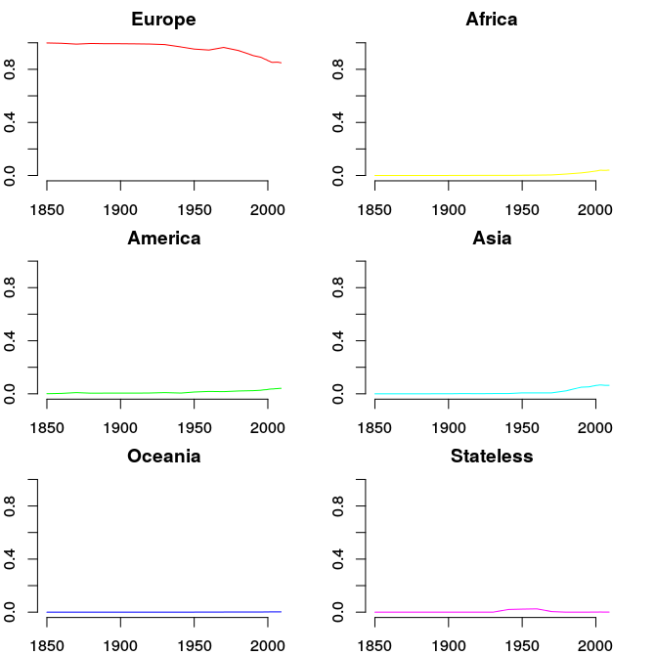 Here’s another plot that illustrates that diversity and population size are not quite the same. 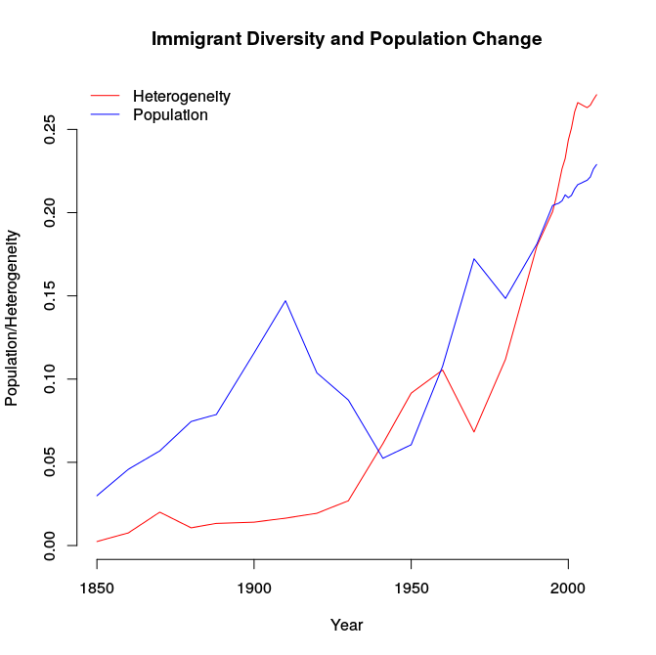 Most of the time, however, we’re concerned with more recent development, so here we zoom in, beginning with the overall diversity. 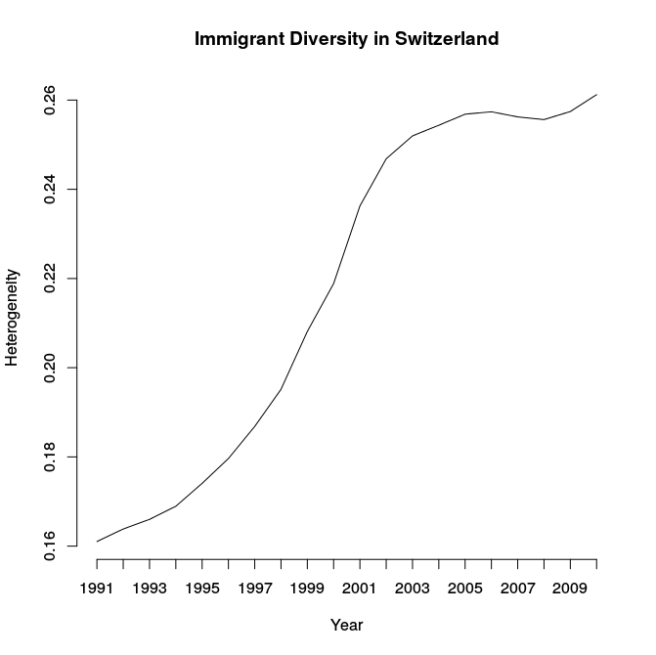 Here’s a look at the relative changes by group of nationality (continent): 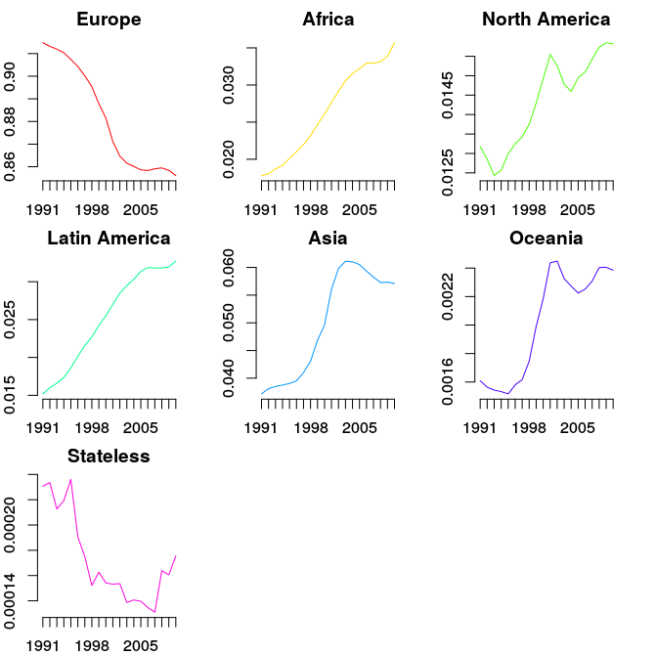 And here the absolute changes: 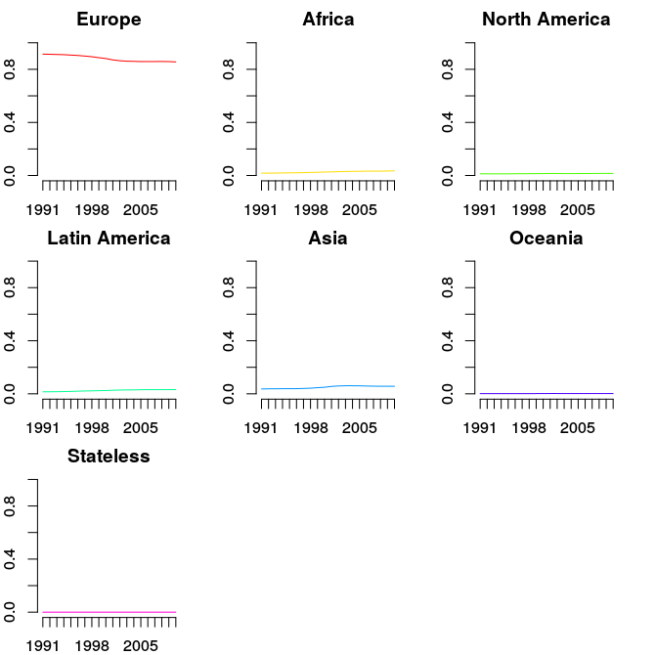 Finally, here are three figures to illustrate that the population of asylum seekers has also become more diverse. 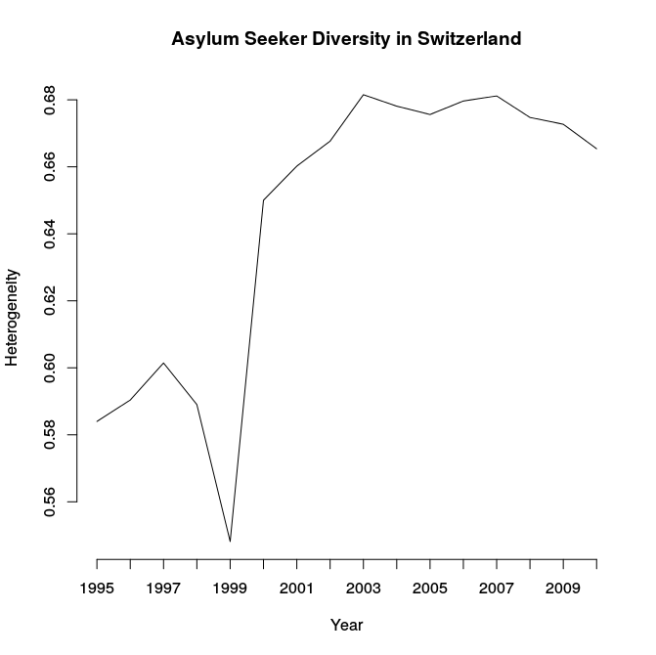 Focusing on relative changes by group of nationality (continents) we see significant peaks corresponding to events related to asylum seeking. 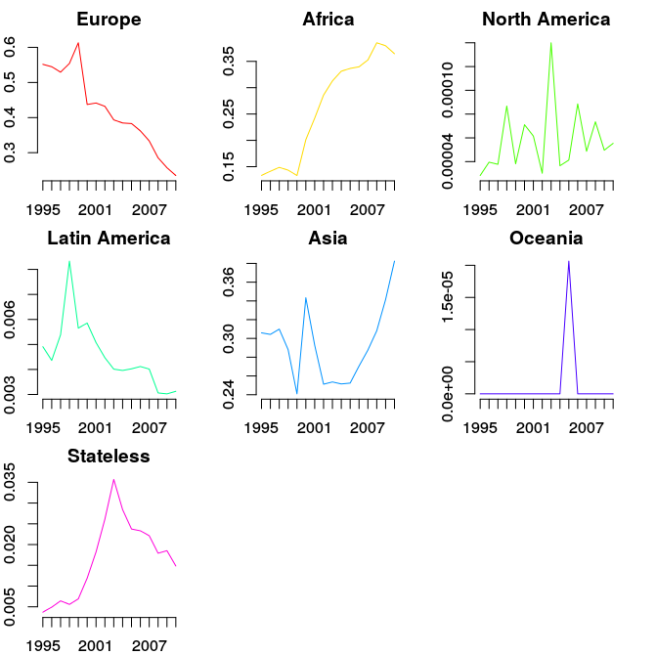 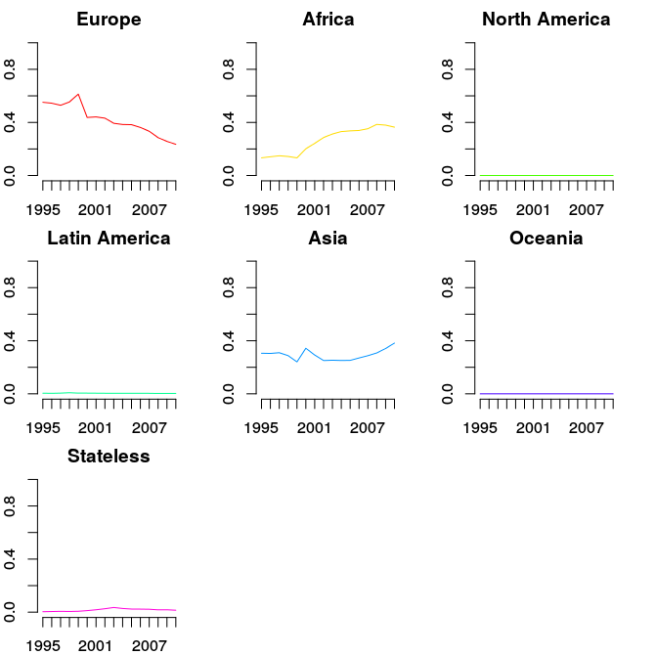 All figures also on figshare.