R can import SPSS files quite easily, using the package foreign and the read.spss command. It usually works quite well out of the box, so well that I usually choose the SPSS file when downloading secondary data (hint: look at the argument use.value.labels depending on how you want your data).

Sometimes R isn’t so happy, throwing warnings like “Unrecognized record type 7, subtype 18 encountered in system file”. Generally warnings in R are there for a reason. Usually these seem to be variable and data attributes in SPSS, but to be sure, simply convert the SPSS file into SPSS Portable (*.por rather than *.sav). Don’t have SPSS? Enter PSPP , a free (open source) program that can help you out! (for Windows, check directly on this site). 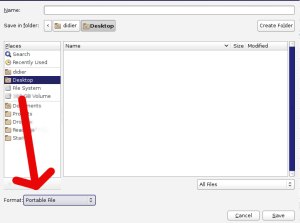 PSPP can open SPSS files faster than SPSS, and under File > Save as... there’s the option to save as a Portable file (rather than the default System File) at the bottom left of the dialog. If you import this (portable) SPSS file to R, there should be no errors or warnings.

4 thoughts on “Overcoming Warnings when Importing SPSS Files to R”