Michael Laver has published a short introduction to agent-based models (ABM) for the social sciences. The Cambridge “Fundamentals” series on Quantitative and Computational Methods for the Social Sciences promises to become quite a resource.

While we still don’t have that many texts on ABM in the social sciences, in my view this is an absolute gem. It’s absolutely hands-on from the beginning, using a stock model (Schelling) in NetLogo. Schelling’s model is often cited because it makes apparent that macro outcomes may result from quite different micro-behaviour/intentions. I guess anyone who’s heard of ABM has also heard of Schelling’s model, which makes it quite useful to illustrate many aspects of modelling. In contrast to other texts, this book uses only a single model throughout the book, but we’re exploring this model in some detail… a level of depth we don’t find in other introductory texts, despite the short length of the book.

In fact, in just 130 pages, we get a clear idea not only of the value and potential of ABM, but also the limitations and drawbacks. With the focus on a single model, the author avoids an uncritical “best of” list, and demonstrates how difficult ABM are: the assumptions we include in the model when we program it are put to the test. In this book, it’s not just an abstract discussion, but we get to see — and (hopefully) understand — that design choices like the size of the neighbourhood in the ABM can greatly influence the result we get. In this sense, I really liked how the book introduces the BehaviorSpace of NetLogo very early: ABM are not just little toys, but can be tools to better understand social life. The last section discusses the ever-present trade-off between understanding and predicting, the trade-off between simplicity and ‘realism’.

I’m not sure whether this was intended, but the book seems quite suitable as a introductory course over a semester, or to help self-learners. In either case, I’d supplement it with Gilbert & Troitzsch to better situate ABM within the social sciences more generally, and Railsback & Grimm where programming ABM takes a more central place, not just modifying code to understand the nature of ABM. 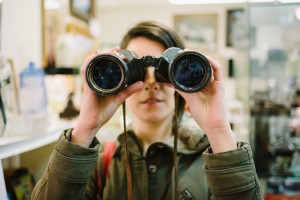 There were no real statistical tests presented and discussed in the paper. We don’t know whether the differences are significant.

Did the reviewer mean no outdated p-values? Well spotted! That discussion of the substantive meaning of the coefficients and those credibility intervals — apparently not spotted.

There are a few solutions out there for collaborative writing, and currently I like SciFlow best. The thing about collaborative writing platforms is that while there are many options out there, we’ll have to consider the least technical of the co-authors. Yes, we could use LaTeX (or perhaps better: Markdown because most journals want Word documents during submission) on GitHub, but in the social sciences this is often no realistic because many shy away from anything that doesn’t quite look like a word processor.

I guess a widely approach consists of a Word document that is either e-mailed around, or these days shared on Dropbox. It’s not too bad as long as one of the authors knows how to combine different versions of the same document, tracked changes are accepted from time to time, and someone is willing to clean up the messed-up formatting in the end.

In terms of collaboration, an online platform can be better: there is only one version — the latest one –, and all authors can write on the document at once. SciFlow offers a basic service for just this, and the “basic” part makes it just so suitable: the least technical of the co-authors is likely to handle it well. It offers all the necessary bits without distracting from the most important bit: writing. 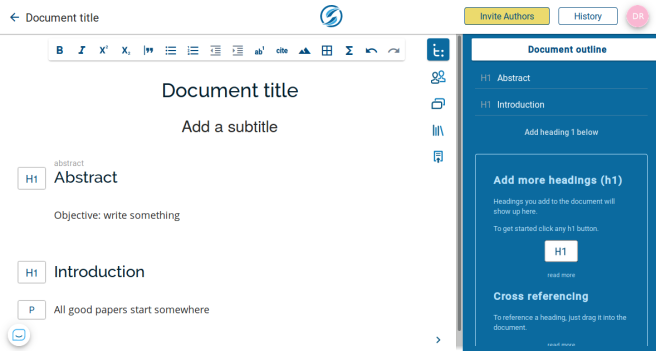 It handles basic formatting, footnotes, references, figures, and equations. We are forced to use styles rather than direct formatting — something we should be doing in Word, too, but the least technical of the co-authors typically doesn’t do. Citations are built in (though not quite as nicely as in Authorea, where we can import references from the web, too!), and there are many templates to format the document and export it to PDF or Word documents as needed.

So, you have come up with a clever analysis, and writing the PAP has helped sharpen your mind what exactly you are looking for. You then collect your data, finish off another project, and … what was it exactly I was going to do with these data? Did I need to recode the predictor variable? etc.? Yes it happens, and a pre-analysis plan would be an ideal reminder to get back into the project: PAP can be like a good lab journal or good documentation of the data and analysis we do — a reminder to our future selves.