In the project SOM we use a large media analysis to examine claims-making in the news. I looked at the gender aspect. Since the original data does not record the gender of the claimant, I used the first name of the 200 most common first names and manually assigned the gender.

I find significant differences across countries in the proportion of claims made by women (as opposed to men):

My initial thought was that these differences are just another reflection of the different levels of descriptive representation. This isn’t the case, though (r=0.08): 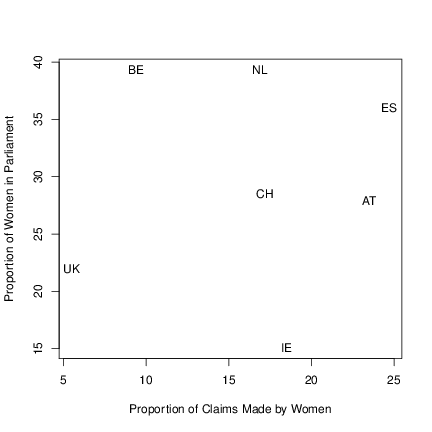